Switch to the dark mode that's kinder on your eyes at night time.

Switch to the light mode that's kinder on your eyes at day time.

Switch to the dark mode that's kinder on your eyes at night time.

Switch to the light mode that's kinder on your eyes at day time.

Full time jobs aren’t what most of us would call “fun”, unless you’re one of the lucky few who gets to make a living doing something they absolutely love—and trudging into the same boring and uninspiring office everyday does nothing for the morale. Not everyone dreads going to work, though; especially not those who work in some of the world’s coolest, most unique office spaces. 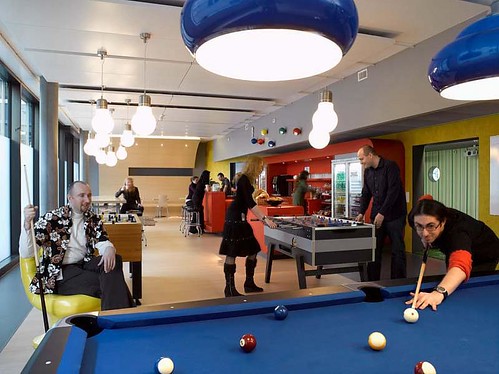 Google is one of the world’s largest companies, but they haven’t lost their fun-loving spirit. Their offices could best be described as inspiring and fun, and most employees would readily agree with that description. The Zurich office has a big slide, a relaxing aquarium, a game room, a library and a restaurant providing free meals to all employees. Engineers at Google work in teams; each team has its own office complete with a beanbag chair-lined meeting room.

This ad and marketing agency is best known for its successful collaborations with Adidas and Apple. TBWA’s offices used to be an amusement complex, and countless interesting, wacky and fun features remain. There are also tranquil spaces which bring a bit of the outdoors in; there’s even a grassy area in the main office.
The Mindlab
The Mindlab is part of Copenhagen, Denmark’s Ministry of Economic and Business Affairs. It features a meeting room in the shape of an egg; inside, the floors, ceilings and walls are all made of whiteboard, to inspire creativity. (it is actually a bit surprising that a government agency ANYWHERE could be that creative!)
Red Bull
This London-based office is ideal for a company like Red Bull. Its cutting-edge design features a rooftop terrace, floating staircases, slides, meeting rooms with ping pong tables and dedicated areas for socializing. London’s office isn’t the only cool one: the location in Amsterdam has a skateboard ramp, off-color but humorous bathroom signage, a nap room and a desk with airplane wings.
Twitter 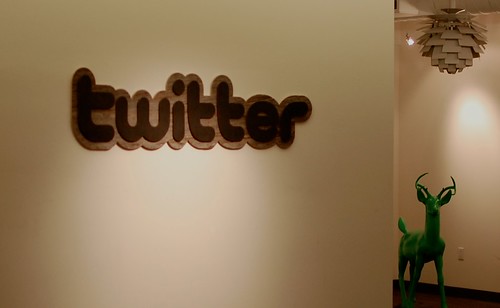 The site that lets us express our feelings in 140 characters or less has an equally cool San Francisco office. The walls there, as you might expect, are covered in little blue birds and “@” symbols; the rest of the space is simple and clean with bursts of vibrant color on furniture and walls.
Skype 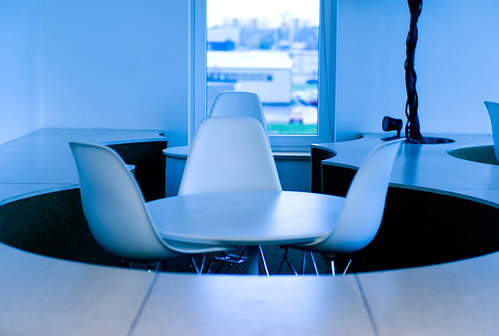 Based in Palo Alto, California, Skype’s offices are designed to lure away the competition’s best workers. The open floor plan has a game and relaxation area, and the office is so energy-efficient that it has earned a LEED Silver designation. There’s nothing cooler than being eco-friendly!
Facebook 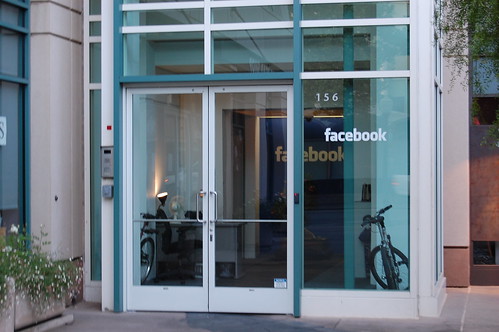 No list of the world’s coolest offices would be complete without mentioning the social media giant. Facebook’s Palo Alto office is over 150,000 square feet; designed by studio o+a, it was designed with employees’ expectations and goals in mind. The walls are white and the structure is unfinished, allowing employees to add their own personal touches such as artwork and furniture—they’re even encouraged to write on the walls!

This article was written by Crispin Jones on behalf of Whitefields Document Storage.

Get the best viral stories straight into your inbox!

What do you think?

Sorry. No data so far.

Don’t miss out on new posts

Back to Top
Close

Your password reset link appears to be invalid or expired.

To use social login you have to agree with the storage and handling of your data by this website. %privacy_policy%

Hey Friend! Before You Go…

Get the best viral stories straight into your inbox before everyone else!

Don't miss out on new posts!